It’s been said that the secret to delicious New York pizza is in the water.

New Yorkers swear that its the local water supply that makes pizza and hot dogs taste better than anywhere else.

Could this be true?

Wouldn’t it be funny if we found out that an intern at the NYC Water Board made it up and the local tourism board ran with it as a promotion?

I’ll give you the answer to this question, but before I do…

I want to share how a “secret sauce,” like water in the pizza crust, is so powerful for sales and promotions…

… and what you might be missing if you’re not talking about YOUR secret sauce. 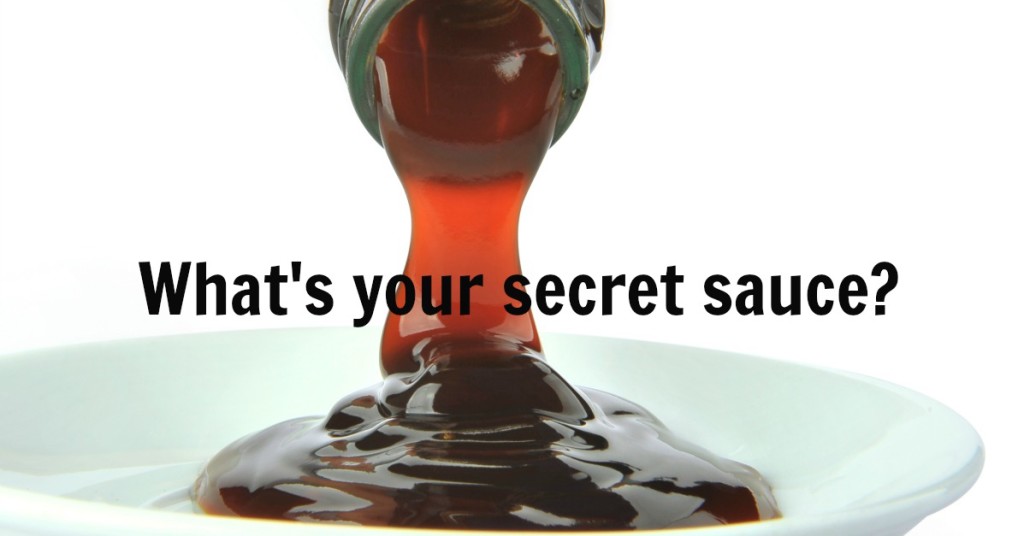 So nowadays, Village Pizzeria spends $10k a year shipping 3,000 gallons of New York water to California to make their pizza crust (with no regrets).

“Brewed With Pure Rocky Mountain Spring Water” is a slogan that every Coloradan has heard a million times about Coors beer.

That image of ice cold spring water helped create a cult status for Coors and fueled their leap from a regional brewer to nationwide distribution back in the 1980s.

It’s a brilliant bit of marketing you can use too.

In fact, you’re probably losing sales or donations if you’re not clear about your “secret sauce.”

By “secret sauce” I mean the credible “how” to back up your big promise or claim.

It’s all about market sophistication, which Eugene Schwartz, a brilliant marketing strategist, reveals in his book “Breakthrough Marketing.”

Here are the cliff notes explaining market sophistication. I’ll use tablets, which didn’t even exist 6 years ago, as a product example.

This is BIG… this is where you rise above the pack because most of your competitors are stuck at stage 2 and only offering bigger and bigger claims. When you jump in with a clear and credible “how” you kick your competition to the curb.

Is it already built into your product, service, or mission?

Is it a special feature that no one else is talking about?

Is it the most surprising, unexpected, or unusual thing about your product or service?

It’s not enough to know your secret sauce.

You’ve got to tell it.

Oh, and does New York pizza taste better because of the water?

Chris Loss, a food scientist with the Culinary Institute of America, explains in Wired Magazine, that “water binds the dough’s few ingredients. Nearly every chemical reaction that produces flavor occurs in water. So, naturally, the minerals and chemicals in it will affect every aspect of the way something tastes.”

Most master chefs agree because they play with the minerals in their water too, but quickly add that New York ovens are usually older and that the age of the oven might also affect the taste of the crust.