In Defense of Failure

Success and failure has never been more transparent to the world in our history thanks to social media. Especially if you’re a cat. 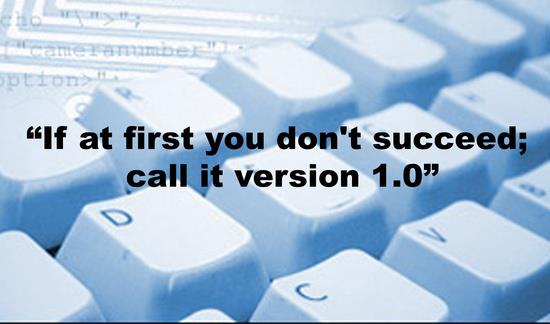 No one wants to experience the kind of backlash Abercrombie & Fitch is experiencing today by declining to carry plus sizes, however, failure *is* a healthy important aspect of any successful project, initiative, or career. The great news is that most of our failures are not posted on YouTube, but they are still personal and hurt.

J. K.  Rowling, original novel, Harry Potter and the Philosopher’s Stone was rejected by 12 publishers before she found a publisher. She elegantly addresses the fact that she was on public assistance when she began writing the first of her blockbuster novels …

“So why do I talk about the benefits of failure? Simply because failure meant a stripping away of the inessential. I stopped pretending to myself that I was anything other than what I was, and began to direct all my energy into finishing the only work that mattered to me. Had I really succeeded at anything else, I might never have found the determination to succeed in the one arena I believed I truly belonged. I was set free, because my greatest fear had been [realised], and I was still alive, and I still had a daughter whom I adored, and I had an old typewriter and a big idea. And so rock bottom became the solid foundation on which I rebuilt my life.”

No matter how hard you try, none of us are immune from a professional or personal failure, so here are some handy tips to bounce back quickly:

“I was a very public failure, and I even thought about running away from the valley. But something slowly began to dawn on me — I still loved what I did. The turn of events at Apple had not changed that one bit. I had been rejected, but I was still in love. And so I decided to start over.

“I didn’t see it then, but it turned out that getting fired from Apple was the best thing that could have ever happened to me. The heaviness of being successful was replaced by the lightness of being a beginner again, less sure about everything. It freed me to enter one of the most creative periods of my life.”

Like head colds that make us intensely miserable for a short period of time, none of us are immune to failure. Find the opportunity in adversity and you’ll bounce-back quicker.

Note: We’re publishing this week’s post a day early for many of our readers that are heading out early for a long Memorial Day weekend.